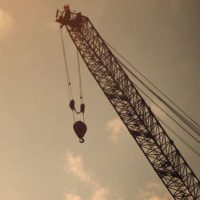 Construction sites are inherently dangerous places. Accidents can happen in a variety of ways, causing potentially devastating personal injuries. Crane collapses are among the most common types of construction site accidents and also the most severe. In the case of a fatal crane collapse in Seattle that happened three years ago, the King County Court recently awarded $150 million in damages, providing a sense of justice for victims and surviving family members.

Victims of Seattle Crane Collapse Finally Get Justice In Claim

Three years ago, on April 27, 2019, a deadly crane collapse happened in the South Lake Union area of Seattle. Construction crews were working on a Google office building on Mercer Street when a tower crane currently in use at the site collapsed. Four people were killed in the crash and two others were seriously injured. King 5 News reports that almost exactly three years later, victims and their surviving family members got a sense of justice when a jury awarded them $150 million in a claim.

A construction site lawsuit filed through the King County Court found that the following parties all shared a portion of the blame:

Investigations concluded that all three failed in following the manufacturer’s recommendations during prior dismantling and had prematurely removed important pins and sleeves that held the tower crane together. As a result, the crane crashed down due to a gust of wind. Two construction workers and two motorists traveling on Mercer Street were killed, while an additional two bystanders suffered serious personal injuries.

Tower cranes can extend up to 265 ft tall and are capable of lifting up to 19.8. Despite their massive size and weight, they are vulnerable to collapse. Crane collapses are one of the most common and potentially dangerous types of construction site accidents. According to the Bureau of Labor Statistics (BLS), they claim the lives of nearly 50 workers each year while leaving hundreds of others injured.

In many cases, negligence on the part of the crane manufacturer, the construction company, and others involved is to blame. As with any type of construction site accident in King County, victims and their families have the right to hold those at fault accountable. Filing a construction site lawsuit provides victims with the following:

Discuss Your Options With Our Issaquah Construction Accident Attorney

If you or someone you love is injured in a crane collapse or other type of construction site accident in King County, contact Injury Law Group NW. To discuss your options in filing a claim, reach out to our Issaquah construction accident attorney and request a consultation.

Troy is not just a lawyer, he is a real human being who cares about his clients. He is a... read more

Courtney Logan
ILG is the…

ILG is the best around! They are honest, dependable attorney's who stands by their clients. I highly recommend ILG for... read more

Dominick Banks
He was courteous,…

After being injured in a car accident and not getting to far with the insurance company on my own I... read more

An angel of God who practices law with integrity and shows compassion and great care to his clients. My nieces... read more